Uh oh! Your Internet browser is outdated and cannot run the Cinema Club's website. In addition to obstructing your experience here, viewing other websites using this browser is not only limiting for you, but it also opens your computer to security risks. In order to view this site, and to protect your computer, please upgrade to a modern browser of your choice:
Google Chrome   or   Mozilla Firefox
(Worry not– it's quick, safe and free, and you won't regret it!)

Cinema Club Members get to attend sneak previews on select Sunday mornings of the best new American independent and foreign films of the season—before their local release—followed by engaging discussions with fellow film enthusiasts led by our esteemed moderators and guest speakers.

The Cinema Club was founded under the name “Key Sunday Cinema Club” in October 1992 at the Key Theatre in Georgetown by David and Seena Levy, who owned and operated specialty theaters in the Washington, D.C. area for over 30 years and Harlan Jacobson, a film critic from the metro-New York area. The organization expanded to the Kendall Square Cinemas in Cambridge, Massachusetts in February 1998, to the Embarcadero Center Cinemas in San Francisco in September, and to the Garden Hills Cinema in Atlanta in October of that year. The Boston-area chapter is currently held at the West Newton Cinemas; the San Francisco chapter at the AMC (formerly Sundance) DINE-IN Kabuki 8; and the Atlanta chapter at the Midtown Art Cinemas.

After David Levy passed away in September 2004, son Benjamin Levy resumed ownership of the organization through May 2009. 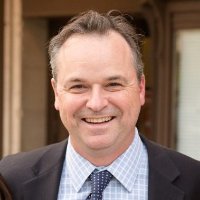 The club is currently under ownership of Washington, D.C. film programmer and operations director for the Key Sunday Cinema Club since its founding, Andrew Mencher, under the simplified name “The Cinema Club.”  San Francisco Moderator Peter L. Stein is the club’s Programming Advisor. The Washington chapter also moved several times over the years, from the Key to the Regal Bethesda, to the AMC Courthouse 8 in Arlington, Virginia, back in to the city at the 4000 Wisconsin Ave. theater in 2004, to its current home at the Avalon Theatre in 2006.